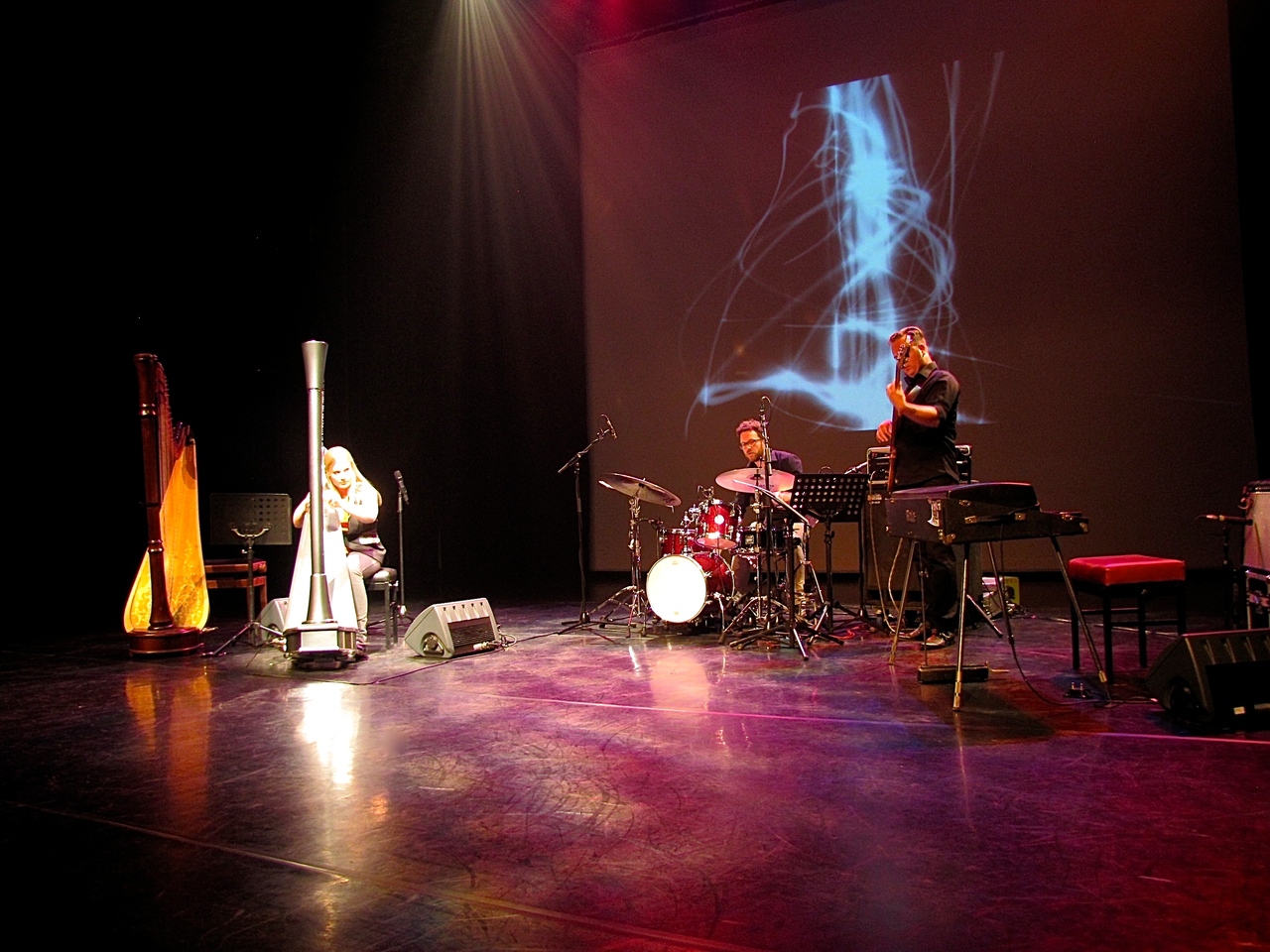 Hi?! Is that how one starts a blog? Actually, I have no idea since this is the first blog I have ever written. Let me introduce myself first: Carina Backhuijs, that’s me, and I am the first to have a degree in jazzharp in the Netherlands. No classical stuff for me anymore and I really mean no classical stuff at all. No orchestras, Bach or Debussy, no nothing. But instead: Chick Corea, Jeroen van Vliet, Keith Jarret and some of my own composisions.
That means that I’ll have to arrange and compose a lot and I have to find my way in a world that looks like it isn’t made for the harp. But it is the best and funnest challenge I have ever done. It is a lot of hard work and I had to talk and convince my way trough at times because you are simply a bit odd. Still, I have never felt myself being in a better place than at this moment.

Playing in a band is the greatest thing I can imagine. Just making music with a few people like they are your best friends because you speak the language of improvisation. Making music that way has made me learn so much more than from a book and to be able to even change things on stage is brilliant! Only you and your band members know what is really going on and it can be quite a sport to challenge each other in this way.
I have been able to convince so many people that the harp is a worthy member of a band.

But there is one problem…
With my beautiful acoustic harp, which I use every day for studying, duo preformances or recordings, there are soms issues when it comes to playing with the band. Despite all my experiments with many, many mics and all kinds of sound systems, my harp just can not compete with the sound of the drums and bass guitar. The drummer and bass player end up having to play so softly they can hardly express themselves and that is a big shame since that is what music is all about. There is just a kind of punch missing when it comes to my acoustic harp. An electric harp has this punch that I need so much.

Thanks to Sabine Meijers, I have been able to use an electric harp for my final exams and my rehearsals. During that period of time I have learned a lot musically, simply because I could hear myself, my band could hear me, the sound engineer could hear me and the audience could finally hear me! Now everybody could find his way and collaborate properly simply because everyone knew what I was doing. For the first time in my life, people started complaining that the harp was too loud! Thas was a very proud moment for me.

An electric harp, however, is quite an investment, and after checking in with many individuals and funds, it appeared that starting a crowdfundingcampaign to raise money for my own harp was my best option. Which is super exciting since one is completely dependent on what people want to give you and if they believe in what you do. Asking random people for so much money is a scary thing to do, especially since for a lot of non-musicians it is hard to comprehend that I can’t sell my acoustic harp. Guitar players also need an acoustic ánd an electric guitar. This is just the same for me.
I am thrilled to see that the first goal of €5000,- is reached, because it makes the crowdfunding campaign a succesful one. But there actually is more needed. With an electric harp, you need a proper amplifier that can manage the wide range of the harp, which is expensive as well.
If you would want make a small donation it would mean a lot to me! This link leads to the (Dutch) crowdfunding site that I use: https://www.voordekunst.nl/projecten/3854-carina-backhuijs-jazzharpiste-1.
It is possible to donate until the very last day of this year (December 31, 2015) and if you donate €25,- you get two free tickets to see me and the electric harp with my band in action. I hope to see you there!

You can also find JHF Jazz Harp Blog on Twitter and Facebook. Get in touch by Email.